“From Slabodka to Seattle” 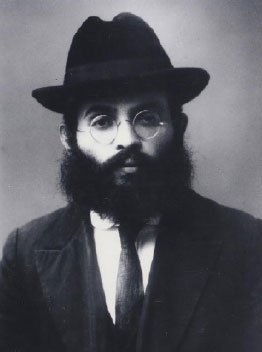 It had been an arduous journey for the 46-year-old Rav Yaakov Kamenetsky. A growing family and poverty had forced him to seek new horizons beyond his rabbinical position in Tzitevian. An attempt at securing the rabbinate in the larger community of Vilkomir was unsuccessful, and Reb Yaakov headed to the United States.

Following a brief fundraising stint in New York, a temporary rabbinical position opened at the vaunted Bikur Cholim Synagogue in Seattle, as Rabbi S.P. Wohlgelernter was forced to take leave to deal with a family medical issue in Rochester, New York.

With his family still in Lithuania, Rav Yaakov trekked across the country spending Yom Kippur in Fargo, North Dakota, and Succos in Spokane, Washington. Upon arriving in Seattle, he delved into the issue of Jewish education. No one could know it at the time, but the face of American Jewry was about to be changed forever.

Did You Know: In 1938, the Seattle press incorrectly reported that Rav Yaakov had accepted a position in Winnipeg, Manitoba. In fact, he had been hired in Toronto, where he would be replacing Rabbi Yehuda Leib Graubart, one of the most prominent rabbis of his day and author of the five-volume Chavalim B’ne’imim. Famous in Poland as the rav of Staszow, he took an activist role in communal efforts during World War I while in exile in Russia. He was known during his years in Toronto as “Maharil Graubart,” an ardent fighter for the sanctity of Shabbos and other Torah values.

Did You Know: Following the passing of Rav Leib Rubin of Vilkomir, Rav Yaakov was assured the position as his successor. When Rav Yosef Zusmanovitch was appointed instead, it was a dark day in the Kamenetzky home. That dark day saved their lives, as the community was wiped out during the war while Rav Yaakov and his family were safe in America.