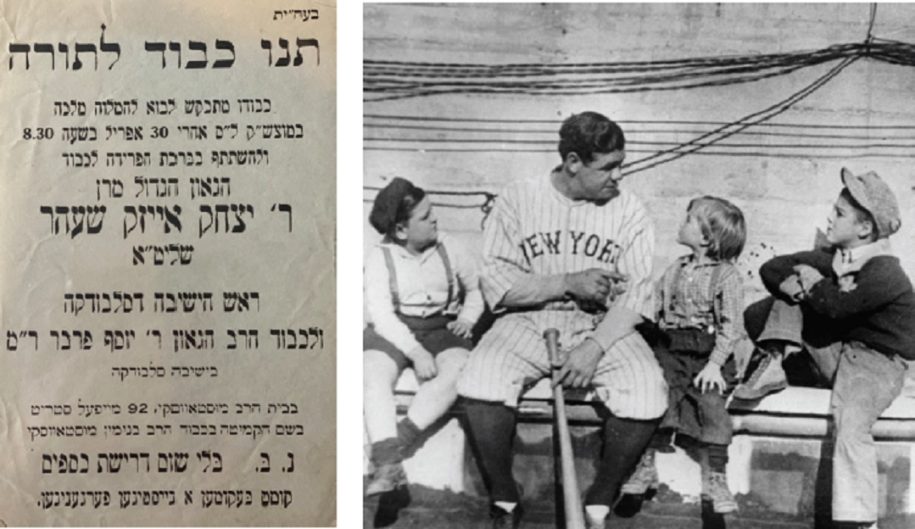 “American boys will never be Bnei Torah! Their only interests are the Dodgers or the Yankees.”

Following the opening of the Chevron branch of the Slabodka Yeshivah in 1924, Rav Isaac Sher assumed the role of rosh yeshivah of the original Lithuanian branch. Along with the promotion came a mammoth fundraising burden, a task that required him to travel to America on several occasions. This article is reflective of the perceived lack of appreciation for this aristocrat of Torah and mussar. It also bemoans the state of affairs in the United States, where it seemed then that American Jewish youth were only interested in baseball. What a contrast to what ultimately played out in the growth of Torah in the United States!

Not Everyone Agreed: Speaking at a convention of the Agudath Harabonim in the 1920s, Rav Yosef Konvitz sadly declared, “American boys will never be Bnei Torah! Their only interests are the Dodgers or the Yankees.”

Rav Dovid Leibowitz, then rosh yeshivah at Torah Vodaath, cried out in protest, “Reb Yossel, the American boy is even more suitable to become a talmid chacham than the Lithuanian!”(Told by Rav Nota Greenblatt)

Rav Yosef Konvitz was a member of the Yad Hachazakah, the 14 talmidim sent by the Alter of Slabodka to found the yeshivah in Slutzk in 1897. He eventually married the daughter of the then Slutzker Rav, the Ridbaz, settling with him in Tzfas before his arrival in America eventually settling in for a 30-year career as chief rabbi of Newark, two-term president of the Agudath Harabonim and senior member of the Vaad Hatzalah.