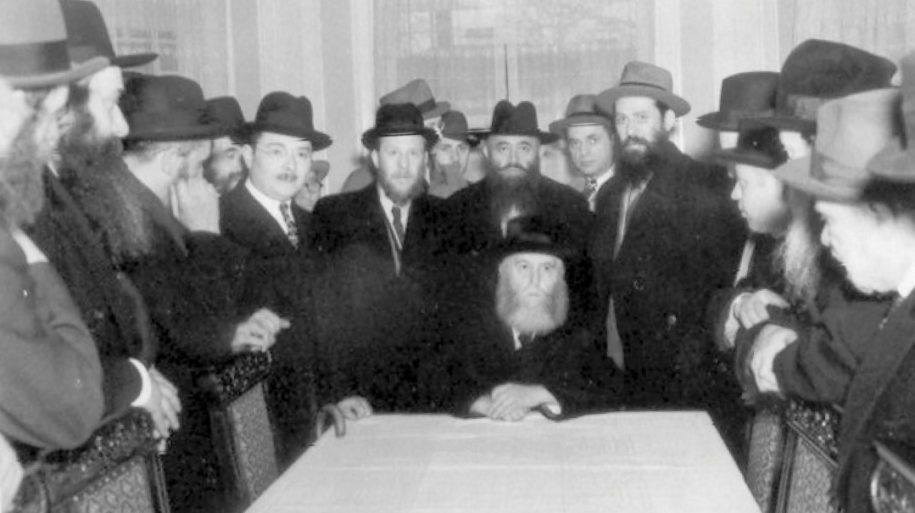 Famed as the home of Beth Medrash Govoha, the then resort town of Lakewood, NJ had a few other “false starts” prior to Rav Aharon Kotler’s arrival there in 1943. When RIETS was seeking to leave the Lower East Side in 1924, one of the locations considered was the current site of Georgian Court University, across the street from where BMG is currently located. There was also an attempt to open a branch of the Lomzha Yeshiva with the Rosh Yeshiva Rav Yechiel Mordechai Gordon in Lakewood as well.

Perhaps the most interesting proposal though, was made to the Rayatz, Rav Yosef Yitzchak Schneerson of Chabad. Following his daring escape from Nazi occupied Poland, he sought out a place to reestablish the Chassidic court of Lubavitch. The Jewish community of Lakewood invited the Rebbe to explore the possibilities there and hosted him for a few months in the spring of 1940.

Newspaper reportage wasn’t perfect in the 1940’s either! There are several mistakes in this article — he left the Soviet Union in 1927, Chabad was founded by his great, great, great grandfather and he lived in Otwock for about five years.

Did you know: The great Rav Moshe Zevulan Margolies (Ramaz) would spend the winter months in Lakewood during his later years. He famously would administer Semicha exams while traveling on a horse drawn sled around the scenic lake. Examinees would know the test went well when they were invited into his home for tea and cookies afterwards.

Did you know: Lakewood Rabbi and Mir Yeshiva alumnus Rabbi Nissan Waxman was the host of the Rayatz for Pesach in 1940. At the beginning of the war he also initiated an attempt at bringing his alma mater the Mir Yeshiva, then stranded in Lithuania, to Lakewood as well.